This order will now be sent for approval.
This is required. 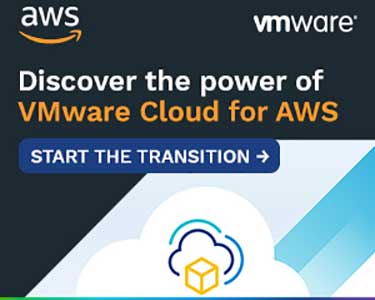 Amazon Web Service (AWS) and VMware continue to innovate on behalf of customers with our jointly engineered solution of VMware Cloud on AWS.

The maturity of this joint offering provides customers with a faster, secure, and cost-effective way to modernise applications and innovate in the cloud.

A new 2020 IDC study shows the VMware Cloud on AWS service provides significant business and operational value to customers in improving their IT infrastructure and delivers flexibility, agility, and scalability to their business.

In this study, IDC uncovers that on average, customers will realise an estimated 479 percent ROI over five years, so it makes sense that our customers became evangelists on the benefits of VMware Cloud on AWS to their business.

Check out the IDC Business Value Whitepaper for VMware Cloud on AWS .

From global scalability and easier migrations to reduced costs and simplified management of the overall solution, VMware Cloud on AWS customers is modernising applications faster than they could before.

“The biggest benefits [of choosing VMware Cloud on AWS] are speed of adoption and ability to do scaling up and down fairly easily. High-end vendor support is important to us, being able to provision instances dynamically, and automation behind those instances. Those would be the big drivers.” ~ Anonymous, IDC: The Business Value of VMware Cloud on AWS

“The reason for choosing AWS over other providers was cost, which is always important to us.” ~ Anonymous, IDC: The Business Value of VMware Cloud on AWS

These benefits are made possible through the significant cost reductions and efficiencies driven by this hybrid solution. IDC also found that organisations see a 43 percent reduction in total operations costs covering several categories:

Customers Prefer VMware Cloud on AWS for Migration and Modernisation

In addition to the benefits stated above, organisations are seeing faster times to migrate, which is freeing up valuable developer resources to focus on building new architectures and applications.

This allows organisations to move away from a transactional approach with customers to a relationship-building approach, continuing to improve how they integrate with and support their customers.

Join experts from AWS and IDC as we discuss the study of organisations across multiple industries and the impact of running their business-critical applications on VMware Cloud on AWS.

Watch the on-demand webinar to learn about:

World Backup Day – What would you do …